On Sunday, August 14, the U.S. Department of Agriculture announced a recall of 13,099 pounds of frozen meat pizza because it “may be contaminated with foreign materials, particularly metal.”

The 33.5 oz. Home Run Inn Pizza of the U.S. Department of Agriculture Food Safety and Inspection Service, or FSIS, .

The frozen pizzas in the recall were made June 6, and the problem “was discovered when the firm notified FSIS that it had received consumer complaints that metal was found in the pizza,” the agency said.

According to FSIS, at the time of Sunday’s announcement, “there were no confirmed reports of injuries or adverse reactions due to the consumption of these products.”

“There have been no confirmed reports of injuries or adverse reactions due to consumption of these products,” the agency said. If anyone has one of the affected pizzas in their freezer, they are advised to discard it or return it at the time of purchase. They were sent to a distributor in Illinois, “and then distributed to retailers.”

In a statement provided to CNN Business, the company said that “the safety of our customers and the quality of our Home Run Inn products are of paramount importance” and that it is “working closely” with the U.S. Department of Agriculture on the recall.
Home Run Inn makes frozen pizza and operates a chain of restaurants in Illinois. 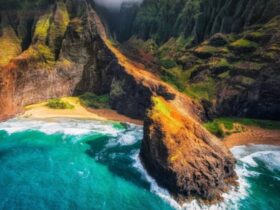