Tonight, the Dota 2 developers have added a new Chest of Endless Days treasure to the game, which contains, among other things, a set for Lycanthrope Lycan called Requiem for Red Wolf Clan.

Chest of Endless Days cannot be bought directly from the Dota 2 in-game store – the treasure drops after matches in matchmaking. The chest is opened with a key, which can be bought for $2.49. 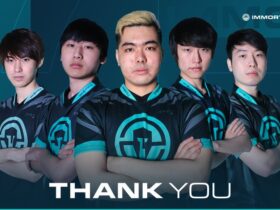